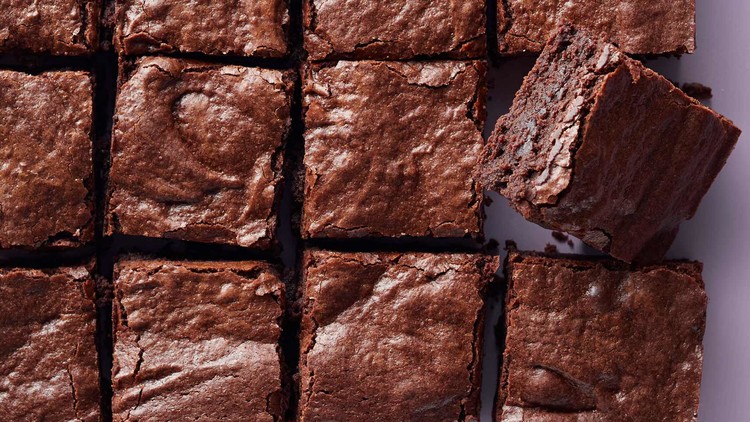 Please note: this article will be deleted soon. See No. 9 for why.

Working in wellness, we know that the mind is a powerful force. Psychology has given us an incredible insight into how the mind works. Spa owners can use many of these insights to boost revenue, guest satisfaction and profits. This article will look at some key psychological principles and how they can be applied to achieve success in spa sales and operations.

We like to think of ourselves as pretty rational. But, sorry to break it to you, the evidence shows that we are much less rational than we give ourselves credit for. Social proof is the concept that we make decisions based not on rational arguments but on what we see other people doing. Psychology professor Robert Cialdini worked with a US hotel chain to investigate the impact of social proof.

Hotels like it when guests reuse their towels. Most hotels encourage their guests to do so by appealing to our altruistic desire to act in a more environmentally sustainable way. However, this is not the most effective method of doing so. Professor Cialdini showed that providing messages that “most people reuse their towels” achieved a towel reuse rate of 44% compared to the 35% success rate achieved by a standard environment-focused message.

How can spas apply this? Spas should use genuine guest reviews and ratings on their websites, in brochures and in social media posts. Are you the No. 1 spa in your area on TripAdvisor? Did you win an award? Make sure to share this with potential guests.

Have a popular treatment that you want to encourage even more guests to book? Highlight this on your spa menu with a “most popular” or “guest favourite” symbol. Highlight specific retail products as being “Most Popular”.

Our brains are trained to notice things that are different. The problem is that too many spas look just like all other spas in terms of their services, their interior design and their marketing. They often have similar treatments, the same marble and silk interior design, and use the same images of hot stone massages and lotus ponds in their marketing. For most guests, they won’t even notice that there is a spa at the hotel, let alone be inspired to pick up the in-room brochure and check it out. No journalist wants to write about a spa that’s the same as every other spa. No guest will share on social media about a spa that has nothing special.

Too many spas do exactly what every other spa does because it is what has worked before and is considered safe. However, the safe option is mostly the wrong thing to do. Spas that want to get noticed and stand out from the crowd need to do what hasn’t been done before.

“Difference is the opportunity. Sameness is the threat.” – Fiona Tribe

3. REMOVE THE PAIN OF PAYMENT

We all love shopping, but we dislike paying for things. Anything that reduces the “pain of payment” will encourage greater sales. It has been shown that people are more willing to spend when using credit cards as they are not handing over actual cash. This is even more so with the latest contact-less payment methods. Make it as easy and simple for your guests to pay as possible. If you run a hotel or resort spa, then make sure that all spa treatments and retail purchases can be charged to the room bill for the guest to pay later upon checkout.

Experiments have found that simply removing the $ sign from restaurant menus can increase sales by 8%. Make sure you do likewise for your spa menu. As well as this, use “charm pricing”. You will have seen charm pricing often in the supermarket. Why are items priced at $9.99 and not just $10.00? This is because there are strong psychological impulses that make us feel that $9.99 is much better value than $10.00. However, .95 is often considered as a “more friendly” price, and you will notice this used often.

In addition, for certain products – such as five-day detox retreats or an annual spa membership ­– instead of presenting the full amount, present the price at a daily or monthly rate. If you have a couples’ treatment, maybe provide the price on a per-person rate.

Note: the two orange circles above are both exactly the same size.

People are quite bad at judging the absolute value of something. It is much easier to use reference points and benchmarks. People’s perception of value and the products and services they purchase are based on what something is being compared with. A BMW looks expensive if compared to a Toyota, but compare it to a Rolls-Royce and it looks much better value.

If you have a standard and premium spa service or product available, then the premium product appears expensive. However, if you then add a luxury product or service to the available choices, the premium product or service now looks much better value. Maybe not many people will purchase your gold mask facial, but its simple existence on the menu makes your deluxe facial much more attractive.

You’ve probably been told before to always make a good first impression. This is good advice and based in solid psychology. It is officially known as the primacy effect (or the serial-position effect). The primacy effect explains that people make judgements based on their prior experience. A positive or negative first impression will affect people’s opinion of the subsequent experiences.

In a spa setting, the result is that even if a massage or body treatment is exactly the same, how much the guest enjoys it will be significantly influenced by whether they had a good experience meeting the receptionist or whether they like the aroma of the spa or the interior design, or maybe even the quality of the spa menu they read back in the guest room. First impressions matter.

The serial-position effect also goes on to state that the final experience is also important for how people remember something. What this means for spas is that your receptionist is much more important than you might think.

The expectancy effect is somewhat similar to the primacy effect. It states that we experience what we expect to experience. Psychologists at Cornell University ran an experiment in the university cafeteria. Visitors were presented with chocolate brownies and asked for their opinion on the taste as well as an estimate of how much they would be willing to pay. The brownies were all the same expect for the manner of presentation.

Another experiment in the same cafeteria involved changing the description of the dishes. The same dishes were rated as better tasting when the description was changed from a simple one to one that was more elaborate and detailed.

What can spas take from all of this? It means that people will think that your treatments are better if:

7. GO AHEAD, INCREASE YOUR PRICES

A study in 2008 by Dan Ariely, Professor of Psychology and Behavioural Economics at Duke University, found that telling participants that a painkiller was more expensive than another one made them think it was more effective. The same was shown for perfume, where a doubling in the displayed price increased the percentage of study participants rating it highly from 33% to 78%.

While this doesn’t necessarily mean you can increase your prices to whatever you want and people will continue making spa bookings, it does show that people’s subjective valuation of how good a product or service is can be influenced by the price you charge. If it is expensive, people will expect it to be good.

It also means that you should be careful with offering price discounts. Low prices and discounts damage the impression guests will have about the quality of your spa services.

As Martin Sorrell, the founder of international advertising conglomerate WPP, has said, promotions are like “bad cholesterol”. They may boost short-term sales, but this hurts long-term brand health.

People are more likely to splurge on non-essential products and services when they feel richer. People feel richer when they have just been paid at the end of the month or at the start of the year when they may have received an annual bonus. Focus your advertising at these times to achieve a greater effect.

9. WE WILL BE DELETING THIS ARTICLE SOON

Actually, there are no plans to delete this article, but it made you want to read it more. This illustrates our final psychological technique – the concept of scarcity. When things are scarce, people want them more. It’s a natural urge that kept us alive millions of years ago when we didn’t have abundant food resources like we have today.

In the unlimited situation, shoppers bought an average of 3.3 cans. When limited to four cans, the average number of cans purchased was 3.5. However, when the limit was 12 cans, shoppers purchased an average of seven cans of soup.

The result of the experiment highlights two psychological principles working together. The cap on purchases made shoppers want the soup more, and then the number 12 acted as an anchor that raised shoppers’ idea of a reasonable amount to buy compared to the limit of four cans.

Spas can apply the concept of scarcity by:

The psychological concepts and examples in this article come from The Choice Factory by Richard Shotton.